The 3 Most Powerful Letters In The English Language 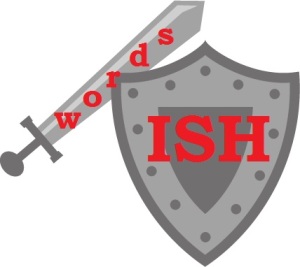 Words can be powerful weapons, but one little suffix can beat them all.  Three letters provide a mighty shield for the user to hide behind.

“ish” means neither yes nor no.  It admits while admitting nothing.  It agrees while reserving the right to disagree.  It appears to condemn while allowing a backdoor escape hatch that leads straight to wholehearted approval.  This versatility is why it is a favorite screwdriver in a politician’s tool-belt.

“I did not have sex with that woman.  It was sex-ish.”

“I know there are weapons of mass destruction there.  I have proof-ish.”

“Obamacare will be better-ish for 98.9%-ish of Americans.”

“We MUST make the border secure-ish immediately-ish! “

Add this bad boy to just about any utterance and you’ve got the holy grail of political speechifying:  deniability.

“ish” is the backbone of Euphemish.

Euphemish noun \’yü-fə-mish\
a: A language, or dialect, featuring the substitution of an agreeable or inoffensive expression for one that may offend or suggest something unpleasant.
Synonyms: Sugarcoat, spin, mislead, lie
Origin: from the Greek, euphēmos auspicious, sounding good.

As the world’s leading authority on Euphemish, I have done several academic treatises (otherwise known as blog posts) on the topic.  You can read more about it here, here, and here.

With “ish”, you can CYA (cover your assets) when you:

Unleash the power of “ish” in your life.  Because in the immortal words of a very famous politician who I just made up:

Charles Durning shows the art and science of doing a little sidestep in “The Best Little Whorehouse in Texas.”

R-A-M-B-L-I-N-G-S, Ram...Blin!
View all posts by pegoleg →
This entry was posted in Euphemish, General Ramblings and tagged humor, language, musings, politics, say what you mean, the reason so many people secretly like Donald Trump even if they don't want him as president. Bookmark the permalink.