I Sold Out To The Man

That Guy In The Monopoly Game

Everybody knows that big corporations are the soulless spawn of the devil.  They’re capitalist leeches that hang out in the swamp, just waiting for the unwary consumer to come in for a dip.  Then they get beneath the collective swim trunks of the buying public, attach themselves to their private parts and, well, what follows isn’t pretty.

That’s why it really stinks that we have to keep those corporations around if we want to keep getting the stuff they make.  We really, really like some of that stuff.  Damn them for that.

This is your brain on wieners…

They convince us that we want their stuff by driving the Oscar Mayer Wienermobile of advertising right smack-dab down the open highway of our stuff-loving brains.

How do I know so much about this topic?  Because I’ve become a cog in the machine.  I sold out to The Man.

About 2 weeks ago I was at my computer when – Pop! Bang! Beelzebub appeared right next to me.  The Prince of Darkness said he could bring me riches beyond my wildest dreams.  He unfurled a contract that scrolled on for miles – it was almost as long as the Healthcare bill, and just as crystal clear.  Did I read it?  Kinda.  Sorta.  Just like Congress.  I grabbed the burning Bic Gel Pen of hellfire and put my Peg-o-leg on the dotted line in indelible ink.  I sold my soul for a penny.

Yup.  This blog is now nothing but a mind-numbing extension of the bourgeois, capitalistic advertising behemoth.  This is evidenced by the video tucked at the end of this post.  Right down at the bottom.  See it there?  It looks like it’s part of the post.  Like a Walking Stick bug that hides in plain sight by remaining motionless on a tree branch.  You don’t know it’s a bug so you don’t eat it (“you” being a bird in this example).  In the same way the ad below blends in with the hilarious frivolity of my post, but it’s not really part of the fun.  It’s a commercial.

Except THESE commercials are different.  WordAds only feature kinder, gentler companies.  Companies who sell green products that are good for elderly members of minorities.  And they only sell things you really need at reasonable prices.  None of their promises are inflated to get you to part with your money – heck no, not them.

These companies would never hurt puppies or kitties.  And they are kind to orphans.  Especially orphaned kitties and puppies…with big eyes. 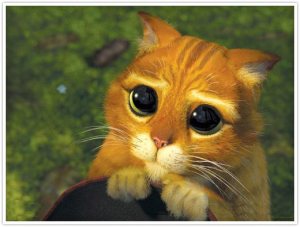 Did I mention that WordPress (The Pimp for The Man) will give me a shiny, new penny every time somebody clicks on these commercials?  Or maybe not quite that much.  I think I have to accumulate a couple of thousand clicks to get a penny.  As I mentioned, the contract was about 3-weeks long and some parts were kind of hard to read (anybody know Sanskrit?) but this much I know:  They WILL give me SOMETHING of a monetary-ish nature at SOME future date.  That’s for sure.

This is Step One in my plan to become a Real Writer i.e., somebody who gets paid to write.  Step Two involves having a major publishing house (or two) beg me to write a best seller for them.

I know you are a kind, generous person; a patriotic son or daughter of _____(insert name of your country here). If you will just click, view and enjoy these delightful, wholesome advertisements, Step One of the Real Writer Plan will be launched.  Step Two can’t be far behind.

p.s. Does anybody know how to get those banner ads added to the top and side?    I just KNOW I’m missing out on big $$ without them.  I don’t know why WordPress didn’t give me those, too.  There’s plenty of room on this page if I just type smaller.

85 Responses to I Sold Out To The Man