Football referees signal “off sides” by putting their hands on their hips. They probably think they invented that gesture, but…pffft. Amateur hour. Women have been using this move to send signals since the Stone Age, when Oog first staggered back to the cave drunk on fermented mastodon pee after a night out with his buddies.

Here are a few common messages this gesture may be sending.

What do you have to say for yourself? 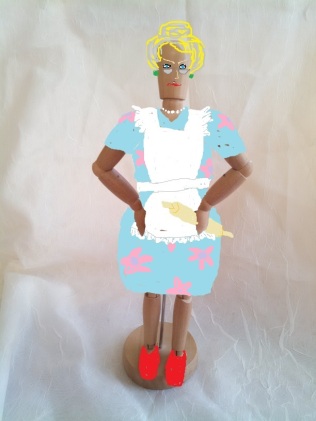 Both hands rest on the hips, the head juts slightly forward and the brow is lowered.

This is used to convey the vital message, “you got some ‘splainin to do.” Also, “you are in deep doo-doo.”

This woman is not trying to attract. No, she wants answers and she wants them right, damn now. The same posture may be used along with a wide variety of interrogatory phrases designed to gather important facts like:

Most of us first encounter this gesture from our moms, who are likely to end any of the accompanying questions with, “young man/ lady.”

Later in life, any wife or girlfriend worthy of the title can wield this gesture with the finesse of a skilled butcher using a sharp knife to fillet a side of beef. She might add the affectionate title, “buster,” to the end.

If this woman’s hands are clenched into fists, you may kiss your ass goodbye.

Helloooo? I DON’T have all day, here! 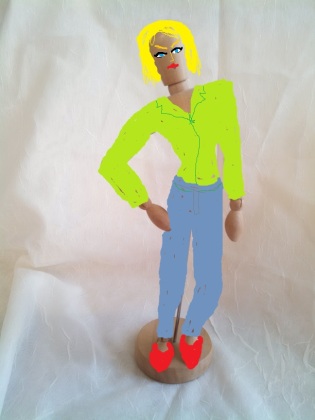 One hand cups the hip, which is cocked to the side. The other leg extends forward and the head is to the side. An exaggerated sigh and a possible eye roll usually accompany this pose.

The message here is, “I have just about had it.” This is another statement that often ends in, “buster.”

If the woman standing like this is a loved one, this may signal the calm before a storm. Seek cover. If she is a customer, she is telling you that she is either just about to walk out, or she is going to ask to speak to your boss. 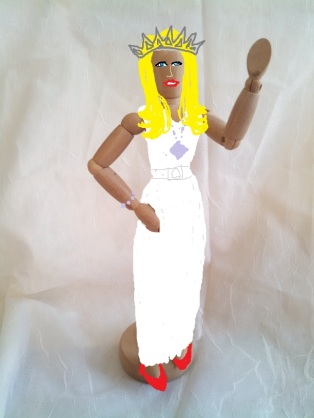 One hand on hip, fingers straight, one leg slightly in front of the other, and back erect.   The other hand will often be executing the signature fingers-together, full upper-arm, pivot-at-the-elbow wave that is peculiar to beauty queens.

This pose doesn’t scream sex; it’s all about good posture. The message being conveyed is, “I have spent the last 10 years walking around with a book on my head.”   Also, “obviously, I’ve got all the right equipment.  You can look, but don’t touch.” 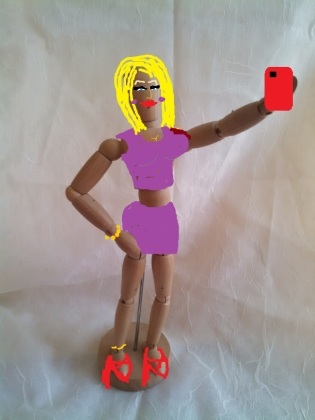 One hand on a cocked hip, leg bent, back arched and boobs up-thrust. This makes the arm looked toned and emphasizes the curve of breast to waist to hip.

Almost everyone with a smart phone camera and a Facebook account (which would be everyone in the Western world) has taken a selfie. This particular version has been snapped by women ranging from 12-year-olds, who should be too young to know anything about it, up to 50-year-olds, who should be old enough to know better.   The vast majority of women striking this pose are in their 20s and 30s.

The message is, “don’t I look good? Don’t you wish you had some of this?” Also, “I am NOT cheap and easy…but I might be easy-ish if you ply me with enough drinks.” 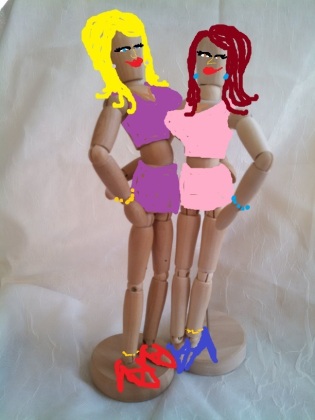 The message being sent here is, “remember that Naughty Schoolgirls NR video with the girl-on-girl action you saw when you were 16? Remember?   Yeah, well, that’s probably not going to happen. But if you buy us some drinks you can fantasize about it for a while.”

The problem with this pose is that unless you can find someone else to do it, one of you is going to have to take the picture. The picture-taker risks exposing arm flab and her straightened posture is bound to make her boobs look saggier and her waist thicker than her gal pal. A Selfie-Stick won’t work when you need to snap two hot babes, so what’s a girl to do?

Have no fear, Peg-Co* to the rescue with another fine addition to our Social (Climbing) Media product lineup. 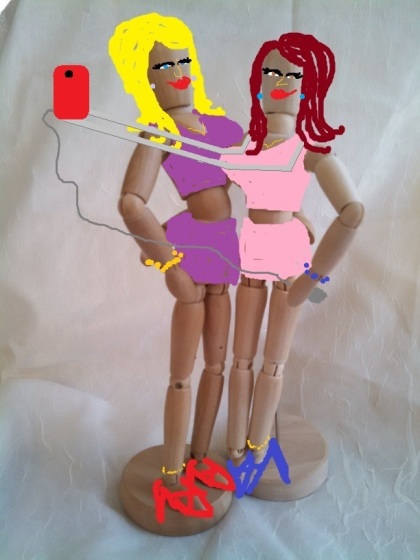 Here’s how it works. First, plug one end of our patented Watch The Birdie remote picture taker into the port on your phone. It connects via microscopic, fiber cable to the clicker you hold in your hand.  Put your phone in the cradle on the end of the BASH, slip the harness over your shoulders, put on your best suggestive smirk and press the clicker – it’s that simple!

Peg-Co’s Dream Fulfillment Team is standing by to take your order.  Have your credit card handy and call now!

*Peg-Co is a division of Peg-o-Leg Industries. Our motto: We’re thinking deep, so you can stay shallow.