Sometimes, Nature Is A Fanged Demon Of Destruction That Wants To Eat You 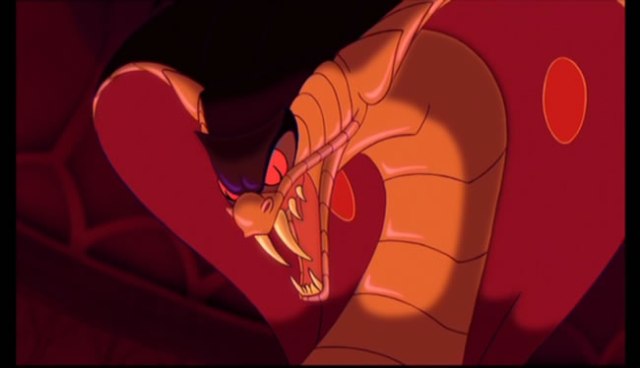 When you live in the country, like we do, you feel a kinship with Nature.  But you must never lose sight of the fact that Nature isn’t all Bambi and butterflies.  Sometimes, Nature is fanged demons of destruction that want to eat you.

(We will continue with this post when you are done screaming hysterically.)

Of course I will never be able to go in the barn again.  Not only that, I experienced a PTSS (Post Traumatic Snake Syndrome) flashback to an incident that I first told you about last summer.  Let’s revisit my terrifying, true-life encounter with nature.

It was early in the morning when I went out to do a little gardening.  I weeded the flowerbed next to the garage, walked by the basement door and started on the small bed to the left of it.

A slight movement out of the corner of my eye caught my attention.   There was a huge, black snake sunning itself in front of the basement door, less than 10 feet from where I was standing.  I had just walked blithely by it, within striking range of the behemoth.

He slithered right.   I sprinted left.

I dropped the hose, trowel and gloves and did the Kitchen Door Dash in 2 seconds flat.

As is often the case in these life-threatening situations, my big, strong husband was nowhere to be found.  I grabbed my cell phone, dialed his number and screamed, “A ginormous rattlesnake just attacked me by the basement door!”

“This is Illinois” he said calmly.  “We don’t get many rattlesnakes.  What did it look like?”

So I gave a factual, succinct description: “It was about 8 feet long, black, as big around as a man’s thigh, with rusty, reddish markings.  It was Biblical – Garden of Eden stuff!  “And yeah, forsooth, verily, the Asp will strike at Man’s heel, and Man will crush the Asp with his heel (though I think a shovel would work better)…” but I’M not going anywhere NEAR that thing.   If you had seen the way it looked at me with its evil, red eyes, rearing back to strike with fangs like daggers…”

“Sounds like a bull snake” he interrupted. “They’re harmless.”

“Harmless, harmless?”  I sputtered.   He didn’t seem to grasp the danger I was in.  I pulled my trump card.  “Like that highly poisonous water moccasin you killed in the barn?”

“That was 15 years ago.  It was a freak thing because of how high the water level was in the river that spring,” he said, still with that infuriating Buddha-like calm.

“If we had one once, we could get one again. “ My logic was faultless.  “Ohhhh” I suddenly groaned, smacking my forehead with my hand.

“What now?” Even through the phone, I could tell he had assumed his Long Suffering Spouse expression.

“The garage door is open, and it was heading that way.”  I dropped my voice to a whisper; afraid the mere mention of it would summon the foul beast.  “What if the S-N-A-K-E got in there?”

“Why are you whispering?  And why are you spelling?” he sounded genuinely puzzled.

I did not deign to answer that.  “What if it got in one of those boxes I’ve got stacked up in the garage to go to the Goodwill? Or, or…it went up the tailpipe of the car, and is waiting under my seat?”

“It’s nothing to worry about.  Poisonous snakes are pretty rare around here,” he said in a Talk Calmly To Soothe the Loony voice. “It’s more afraid of you than you are of it, but…”

“Not ruddy likely.” I snorted.

“…you’d better go shut the garage door anyway.” he continued as if I had not spoken.

I like Nature as well as the next city girl, but if wrestling with a 12-foot long Burmese python is the price to be paid for fresh air, then pack my bags and point me toward Gotham.

But there was no one else who could handle the crisis.  The man of the house had abandoned his family and it was up to me to protect our child.  The longer I delayed; the more time Jafar had to slither into our home and hatch some baby serpents.

Armed with only a fireplace poker, I slowly opened the door to the garage and actually put my hand into the viper’s pit.  Keeping my body behind the door, I reached 2 feet (it was a long 2 feet, and I really, really felt the stretch in my shoulder) and groped around until I found the automatic garage door switch.   I hit it, then retreated, slamming the door behind me.   I’ve given up on my car as a lost cause, and haven’t been in the garage since then.

I know what you’re going to say.  You admire my bravery and want to heap praise and glory upon me.

To this I respond, “Tut, tut.  It was nothing.”  I seek no glory.   I merely did what any mother would do, knowing I was the only thing standing between Mortal Peril and my innocent baby, slumbering peacefully in her bed (after getting in at 3am after a night out on the town, probably doing Jell-O shots with her friends).

History is full of accounts of women who call up reserves of superhuman strength and courage when their children are in danger.   This is just one more such story.

Although it is a rather compelling story, if I do say so myself.  One I’m sure many people would want to read.  Maybe Reader’s Digest would be interested in this for a feature article.  Or I could compose a modest Epic Poem.  Anybody know if you use iambic pentameter for those?

59 Responses to Sometimes, Nature Is A Fanged Demon Of Destruction That Wants To Eat You