My Feelings for Smokey The Bear Are So Wrong 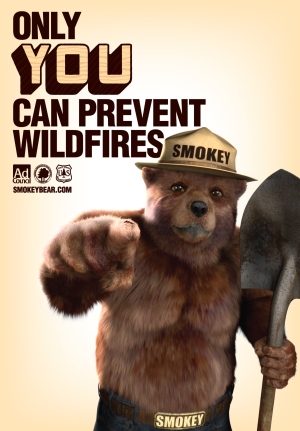 Come on baby light my fire.

He’s just my type.  Muscles in strong, broad shoulders flex as he wields a shovel. He had to take his shirt off because all that hard work got him hotter than a four-alarm brush fire.  A bead of sweat glides down chiseled abs which are lightly dusted with hair.   OK, maybe ”lightly dusted” is an understatement since he’s a walking, talking fur coat.

When did they turn Smokey The Bear into a sex symbol?

When I was a kid, Smokey was a kindly authority figure.   His human traits made him seem like a paunchy, middle-aged, Junior-high geography teacher.   This new, furry stud-muffin is taking animal magnetism to a disturbing level.

Madison Avenue has given makeovers to a lot of familiar product mascots.   They’re going for edgy and turning up the sexy like never before to appeal to the modern buyer. 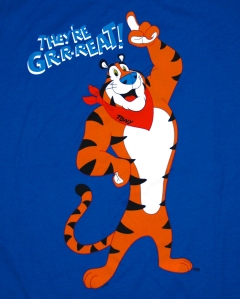 It’s obvious that Tony the Tiger has been spending a lot of time in the gym lately. His formerly wimpy physique has been pumped up with impossibly broad shoulders above a waist so tiny it would put Scarlett O’Hara to shame.  I’ve heard rumors of steroid abuse.

Mr. Clean has always been the strong-man-at-the-circus type. But his new computer-animated persona matches that prison-yard body with a jovial, old-grandpa-with-n0-wrinkles face in a manner best described as really creepy.

Even the Scrubbing Bubbles have gotten into the act. Formerly asexual, one of the bubbles is now clearly female. Her long lashes do nothing to hide the come-scrub-me look in her knowing eyes.

The Honey Nut Cheerios bee has taken up break dancing, Betty Crocker has had her lips plumped and Cap’n Crunch is drug running for a Colombian cartel. 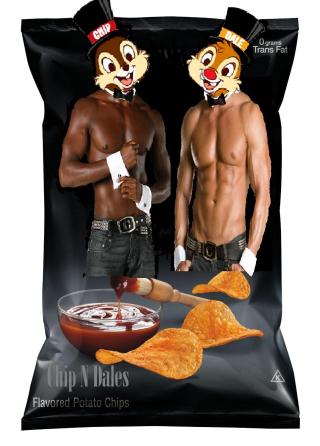 It’s hard to know how far this trend will go, but I don’t think it will end well. Just today it was announced that beloved cartoon characters Chip and Dale are in negotiations to be spokesmunks for a new line of “adult” potato chips.