We just moved youngest daughter Gwen home from college for the summer.   It’s so great to have her sweet little face around the house again!   Not that I’ve actually seen her face. She sleeps during the day and stays up all night.   Her tromping up the stairs at 4:15 to go to bed yesterday MORNING woke me from a fitful sleep.

I think it’s time for a little chat.  It’s also time for a replay of this post from last summer. 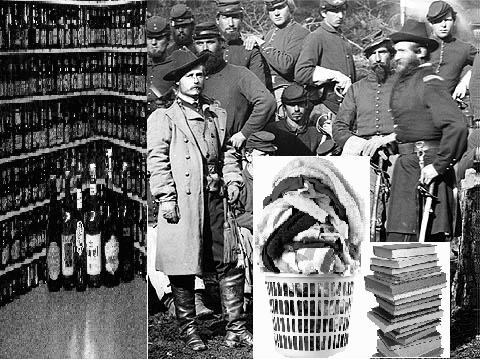 Welcome home! Park the laundry U-Haul in the driveway…

When your kids go away to college they enter the Grownup Twilight Zone.

They enjoy most of the privileges of adulthood with few of the responsibilities.  (One doesn’t count the minimal coursework required to keep one’s academic head above water.)  It is the best of both worlds for them.

Although technically adults, as they will constantly remind you, most have the survival skills of newborn possums.

It’s a shock to everyone’s system when they come home for the summer.  They are used to doing whatever they want, whenever they want, without parental supervision.  You, on the other hand, are used to getting a good night’s sleep.  You may also be used to moving freely through your own home without tripping over shoes, clothes and fast-food debris, dropped wherever the whim of the moment dictates.

I cried myself to sleep when our now-20-year-old daughter, Gwen, went away last fall.  I was inspired to write Bye-Bye Baby; my first blog post intended for a wider audience than just immediate family.  Now that she’s back home, we’re engaged in Bedtime Battles and Curfew Wars.

Gwen is a night owl.   My husband routinely stumbles downstairs at 2am to find her watching TV in the dark; eyes big with the glazed stare of the undead.   I’m not saying there’s anything wrong with that – that’s just how some people are.  But unless you are a working vampire, staying up past 3am and sleeping until 2 in the afternoon smacks of slothfulness.  It also seems the kind of behavior that increases the odds that this child will end up as a permanent resident of my basement.

I guess I have more of a Poor Richard’s Almanac prejudice in me than I thought: “Early to bed, early to rise, makes a man healthy, wealthy and wise.”

If I’m being honest I must admit to being a bit jealous.  If I have to get up early to hustle to work, how come she doesn’t?  Don’t get me wrong – she has a job.  But with the economy as bad as it is,  she isn’t getting many hours, and those few are all in the evening.

Although I grumble about her sleeping habits, that’s not the big issue.  It’s her ignoring curfew that makes me crazy.

We had a little talk when she first got home.  I said I expected her to be home by midnight on weekdays, as a courtesy to her father and me.  She rolled her eyes so violently I thought they would stick that way.

I know that if she were at school she could dance naked in a fountain all night and I wouldn’t have a clue (unless she called for bail money.)   But that’s the thing – I wouldn’t know it.  When she’s at home, I know when she’s not at home.  I can’t fully sleep when I know my baby is out-and-about in the wee hours, the probable next victim of every drunk driver or ax murderer on the streets.

Gwen seems to think of the curfew as more of a guideline than a hard-and-fast rule.  This has lead to several unpleasant skirmishes, with resentment all around.

We didn’t have this problem with Liz, our oldest, probably because she was working a lot more hours, and had to be up early to get to her job.  Rebelling about staying out late isn’t an issue when you fall asleep on the couch at 9.

This summer has flown by.  Gwen will be going back to school in just one week.  Soon, there will be no more arguments.  I will enjoy peaceful nights of sleep, and an unimpeded stroll through my tidy home.

And, once again, I will miss my little girl more than I can say.

Time to lay in a fresh supply of Kleenex.

R-A-M-B-L-I-N-G-S, Ram...Blin!
View all posts by pegoleg →
This entry was posted in General Ramblings and tagged children, college kids, family, home for the summer, humor, life. Bookmark the permalink.