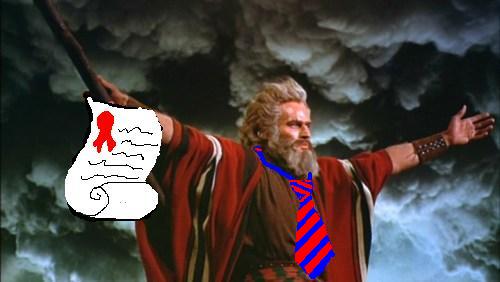 I recently posted about my near-death experience while flying.  My cousin Ed, a noted quipster, responded with a joke about a billionaire in a similar circumstance who made a deal with God to give away half his wealth if he got out alive.  Once the plane touched down safely, he claimed to have renegotiated the deal.

The joke was mildly amusing, but the important thing is it got me thinking.

It’s human nature to try to negotiate with God.  We do it all the time when we’re under stress.  The bargains we offer are pretty standard.  It’s like Mad Libs – just fill in the blanks:

A) give me
spare me

As I recall from business law classes, a valid contract must have offer and acceptance.  The problem with making deals with God is you’re never quite sure of the acceptance.  How do you know if He is onboard?

There are lots of examples of people making deals with the devil, at least in the movies.  The fiendish contracts that forfeit their souls are signed in blood, fire or something equally dramatic and permanent.  Seems the devil’s attorneys like their contracts iron-clad.

God is a lot harder to pin down.  A rainbow is some sort of covenant, but try taking that into court to get damages the next time your big event is rained out.  You rarely hear of Him putting it in writing.  I’d be hard pressed to recall any examples besides the commandments.

As far as the billionaire in the joke, I’d have to side with him in this case.  If God didn’t put His John Hancock on the contract, it’s not binding.

It doesn’t matter what I think, though.  In the final analysis, we all have to answer to a higher power.